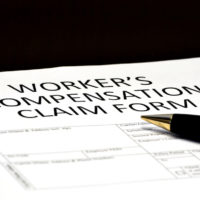 Does workers comp cover death? A worker injured on the job can bring a claim for workers’ compensation to get their medical treatment covered and, where appropriate, receive disability benefits including pay for time lost on the job. If the worker dies as the result of an injury suffered at the workplace, then surviving dependents can bring a claim for “death benefits,” which act as disability payments that would have been paid had the worker lived but are instead paid to the decedent’s heirs.

The employer or its insurer must also pay an amount for burial expenses. Do you need worker’s compensation for family members? Claim compensation on behalf of a family member extends to relatives including spouses, children, grandchildren, parents and siblings, grandparents, aunts and uncles, and nieces and nephews, provided that they were dependent on the deceased employee for financial support. Some family members automatically qualify as total dependents, including:

THE STANDARD OF PROOF SET BY THE CALIFORNIA SUPREME COURT

The burden of proof for families seeking survivor death benefits was completely revamped by the California Supreme Court in a recent case called South Coast Framing Inc. v. WCAB (Jovelyn Clark). The court rejected the “significant factor” and “material factor” tests that were previously utilized by some California courts. Under the new test, surviving family members may bring a claim for workers’ compensation after a death if:

Personal Injury and “Loss of Consortium”

Loss of consortium filings are made when the injury or death was the result of the defendant’s allegedly intentional or negligent actions. Consortium means in this case that the plaintiff is missing the love, affection, company, comfort, and everything else that the dead or injured party gave them. The following are taken into account when judging the damages caused by the defendant’s actions:

These types of damages are hard to assign a monetary value for. That is why the judge, jury, and sometimes outside experts will need to work hard to consider the facts of the case and the consequences.

If your loved one has died or been injured to the point that you have been deeply affected, consider bringing a case for loss of consortium.

Who Can File Loss of Consortium Claims?

The following parties can file for loss of consortium:

Depending on where you are in the U.S. you will need to provide a valid marriage certificate (for partners). You will need to consider that during hearings, your relationship with the deceased or injured will be examined carefully in front of the court.

By Invictus Law | Posted on March 30, 2019
Workers' Compensation
Certified Specialist
What Others Say See what our clients have to say about working with Invictus Law.