Home » Blog » How Does Weed Affect My Workers’ Comp Claim

How Does Weed Affect My Workers’ Comp Claim 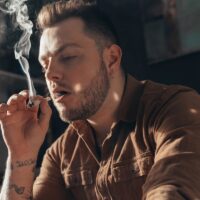 Medicinal marijuana has been legal in California for some time, and now recreational possession and usage are completely legal for adults. If cannabis is legal in California, then weed should not have any effect on your workers’ compensation claim, right? And, if you are prescribed medical marijuana to treat a workplace injury, your employer’s workers’ comp policy should cover it, true? Unfortunately, cannabis matters are not so simple.

Although cannabis is legal in California and dozens of other states, it remains a controlled substance under federal law. Under the current Congress and Presidency, there has already been a movement to legalize or decriminalize marijuana at the federal level. These laws, however, have yet to be passed or enacted.

Given that marijuana possession and distribution are illegal under federal law, employers can continue to prohibit employees from using marijuana, even during their off-hours. Employers can refuse to hire employees because they use marijuana, they can terminate an employee for using marijuana inside or outside the workplace, and they can even drug test employees so long as they follow the appropriate rules for doing so. If an employee has a valid medical marijuana prescription, they might have additional protections, but the law is far from clearly in favor of employees.

If Marijuana Was Involved in Your Accident, You Could Lose Coverage

Even though marijuana is legal for recreational and medicinal use, there are still activities workers cannot do while high. These include:

If you were high while on the job and you were injured in a workplace accident, you might be denied workers’ compensation. The exception only applies, however, if the worker’s intoxication contributed to the accident.

Not every situation involving marijuana is clear-cut. A claim can quickly become complicated if, for example, you were injured by a piece of defective equipment but you were under the influence of marijuana at the time. It’s also unclear what the standard for “impairment” is when it comes to marijuana consumption.

Moreover, marijuana stays in the body for weeks after consumption. What if you were perfectly clear-headed at the time of the accident but you test positive for marijuana from a week earlier?

Employers and their workers’ comp insurance carriers are likely to investigate not only the circumstances of a workplace accident but also the conduct of the injured employee. They may look for any reason to deny coverage. Just because you have consumed weed at some point in the past does not mean a workers’ comp insurance company can deny you coverage. A savvy Southern California workers’ compensation attorney can help you fight for coverage and avoid wrongful denials.

Invictus Law, P.C. is a workers’ compensation law firm specializing in representing California’s injured workers. We strive to help clients get the care they need to obtain the best recovery possible and get on with their lives.
If your employer or workers’ comp insurer is denying you coverage, you need effective legal representation on your side. We’re board-certified specialists in workers’ compensation. You don’t have to pay unless we recover on your behalf. Contact Invictus Law today for help.

By Invictus Law | Posted on June 29, 2021
Workers' Compensation
Certified Specialist
What Others Say See what our clients have to say about working with Invictus Law.