Why Workers’ Compensation Claims Get Denied 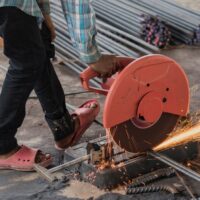 The injury was deliberately self-inflicted

While California workers are generally guaranteed workers’ compensation coverage regardless of who caused the injury, there are a few limited exceptions to the rule. Workers’ compensation will not cover a worker who injures themselves on purpose, such as by jumping off a ladder or reaching into a factory machine. The same rule applies to injuries that result from “horseplay,” as well as injuries that are sustained by a person who initiates a physical fight with another person while at work.

There are limitations, however: Acting rashly, impulsively, or negligently and getting injured as a result is distinct from deliberately injuring oneself. Moreover, if the self-inflicted injury is caused by work-related stress, such as attempted suicide by an overworked police officer, California courts might still require workers’ compensation coverage.

The injury happened due to intoxication

Workers’ compensation will not cover a worker who was injured because they were under the influence of drugs or alcohol while on the job. The claim can be denied if the intoxication was the proximate cause of the injury (i.e., if the intoxication actually led to the harm).

The injury was not work-related

Many workers’ compensation claims turn on whether an injury was actually “work-related.” Injuries at the office or factory are clearly work-related, but what about a car accident that happens during a lunch break? What about accidents on a work trip?

The general rule is that an injury will be covered if it occurred while the employee was performing a task in connection with their employment. An injury sustained on a work trip, or while performing a delivery for work, will likely be covered. An injury suffered on a lunch break, while traveling to and from work, or even at a work-related holiday party might not be covered. Speak with a qualified workers’ compensation attorney about your claim to help evaluate whether your injury may qualify as work-related.

The injury was preexisting

Some workers’ compensation insurance providers may try to deny coverage by claiming that an injury was preexisting. For instance, a person might have a preexisting back or shoulder injury caused by a previous job or non-work-related activities. If the insurance provider suspects that a worker’s injury predated the current employment or happened outside of the office, they will conduct an investigation and potentially deny a claim.

Your workers’ compensation attorney can help you prove that your injury was caused or exacerbated by your work duties. Reigniting a former injury might still trigger workers’ compensation coverage if the revived injury would not have been triggered or made worse but for the performance of your job-related tasks.

By Invictus Law | Posted on April 28, 2020
Skip footer and go back to main navigation