Home » Blog » Can I Get Workers’ Comp with a Failed Drug Test?

Can I Get Workers’ Comp with a Failed Drug Test? 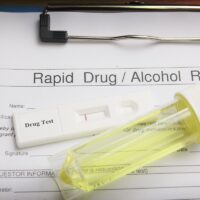 Employers in California must provide workers’ compensation insurance coverage for all of their employees. Workers injured at the workplace or while performing workplace duties are covered, with limited exceptions. Workers’ comp insurers and employers are often on the lookout for any reason to deny a claim, hoping to expand those narrow categories of exception. With good cause, insurers can deny coverage where an employee was intoxicated at the time of the injury.

To deny a claim based on intoxication, however, it is not sufficient to demonstrate that the worker has been intoxicated at some point in their life. Rather, an employer or insurer must prove two things:

A Failed Drug Test Alone is Not Enough

By Invictus Law | Posted on September 28, 2020
Workers' Compensation
Certified Specialist
What Others Say See what our clients have to say about working with Invictus Law.