Home » Blog » Workplace Injury My Fault: Can I Still Get Workers’ Comp?

Workplace Injury My Fault: Can I Still Get Workers’ Comp? 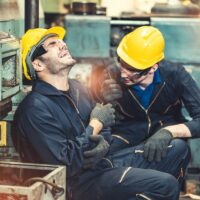 California Workers’ Comp Covers You Regardless of Who Caused the Accident

California’s workers’ comp system is considered “no-fault.” With very limited exceptions, which we discuss below, if you are hurt while on the job, then you are entitled to workers’ compensation coverage.

Whether your accident is caused by someone else or caused by your own mistake, forgetfulness, or general negligence, you are entitled to coverage. California workers’ compensation law is meant to protect workers who are injured on the job without wading into how and why the accident occurred.

Your employer or workers’ comp insurance provider may try to use your own “fault” as a reason to deny coverage but, in most cases, they cannot legally deny you coverage for that reason. There are, however, a few exceptions to the general rule.

There are a few limited exceptions to the general rule. In certain situations, the specific circumstances leading to a workplace accident can prevent you from recovering workers’ compensation, even if your accident happened at work or otherwise while on the job. Workers who are injured as a result of their own gross negligence or deliberate misconduct may be denied benefits.

Denial based on gross negligence or misconduct most commonly occurs in the following situations:

Fighting. If you start a physical fight with someone else, be it a co-worker or customer, you may not be eligible for workers’ compensation benefits for any injuries you incur. If you are defending yourself against an attack perpetrated by someone else, however, you may be able to recover benefits.

Horseplay. Workers who deliberately misuse dangerous equipment, such as by playing around while on the job, can lose out on workers’ comp coverage if their horseplay leads to a workplace accident. Benefits may be denied because horseplay is not considered an “on the job” activity, or because the worker is deliberately participating in an activity known to be hazardous, leading to their own injury.

Intentional Injury. Workers’ comp will not cover workers who injure themselves on purpose. Purposefully harming oneself in order to collect insurance benefits is not only grounds for denial of a claim, but may in fact constitute insurance fraud. It is illegal to stage accidents or otherwise harm yourself for the purposes of collecting insurance benefits.

Invictus Law, P.C. is a workers’ compensation law firm specializing in representing California’s injured workers. We strive to help clients get the care they need to obtain the best recovery possible and get on with their lives.

By Invictus Law | Posted on October 7, 2021
Workers' Compensation
Certified Specialist
What Others Say See what our clients have to say about working with Invictus Law.