How do Workers’ Compensation Liens Work? 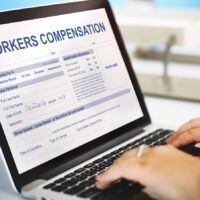 What is a Workers’ Compensation Lien?

The workers’ comp insurer can collect certain expenditures made towards the worker’s medical care, rehabilitation, and lost wages.  Insurers are happy to have the injured worker bring a third-party lawsuit because it means they will be repaid for the claim coverage.  Insurers also understand that if they seek too large a lien, for example if the lien amount meets or exceeds the face value of the personal injury claim, the lien can completely defeat the worker’s incentive to file the third-party lawsuit.  After all, the worker will be reimbursed either way.  In the interest of incentivizing the worker to bring the third-party suit, the workers’ compensation insurer may be willing to negotiate the amount of their lien.

Your worker’s compensation attorney should try to negotiate with the insurer to settle on a lien that compensates the insurer while still allowing the worker to recover a substantial sum from the personal injury matter.  Depending on the nature of the injury, the worker may be able to recover for things like pain and suffering or even punitive damages, which can involve much more substantial amounts than the insurance policy will cover.  Having a savvy plaintiffs’ attorney in your corner negotiating the amount of the insurer’s lien means you may get to keep a greater share of your personal injury lawsuit damages while still benefitting from your workers’ compensation coverage.

By Invictus Law | Posted on October 31, 2019
Workers' Compensation
Certified Specialist
What Others Say See what our clients have to say about working with Invictus Law.